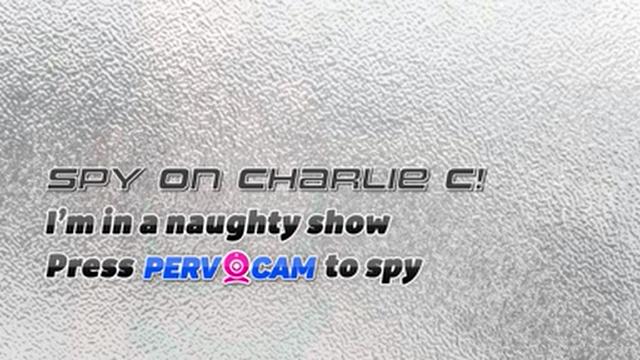 The relationship between babeshow babes and image is the main topic of this blog by @babe tv from his now deleted Tumblr account about babe channel babes and the babeshows they appear on. While the standards for becoming a babe channel model may at first appear to be straightforward, closer inspection reveals that they are actually quite stringent. A magnificent visual image must be maintained in addition to the necessary personality traits, high pressure tolerance, exhausting effort, torturous repetition, harsh criticism, and of course the character to deal with the ramifications of appearing on national television as an adult entertainment.

The presentation of the night shows was frequently chatty until 2009, which was excellent for those of you who have been interested in the babe channels since the noughties and not just the pre-planned collection of sales prompts we see today. You could discover a lot about the girls and their profession back then. A while back, Geri from Babestation had a lengthy discussion on the physical aspects of being a babe channel babe on air. She emphasised the physical toll that a long night of work may have, especially after a gap from performing on the shows. But one of the things that piqued the blogger's curiosity the most was when she said that she used to practice in front of a mirror, experimenting with various positions and angles to see how it felt and appeared. Every live babeshow lady should probably do it, but the typical fan wouldn't think to do it.

This clearly demonstrated how seriously the models take their image. Not simply their beauty regimen, but also the potential financial impact of their stances. Many of the girls automatically stand on tiptoe when not wearing shoes, which indicates that they are constantly aware of what the spectator is seeing.

Despite the fact that adult phone chat is the main babeshow service, image is what sells that service the most. The girls won't receive the number of calls they desire if they don't look fantastic, and looking amazing takes time and money. It takes more than a few minutes to look like a top model, even for someone who is already attractive. Some TV ladies have obviously spent a lot of money and countless hours perfecting their looks, whether it is through expensive fillers, beauty products, gym memberships, or time spent exercising. It's not always just the image they want; it's the image they believe is essential to maintain the upward trajectory of their career.

The blogger indicates that he does not endorse the industry's casual attitude toward surgery, nor does he want to come across as endorsing boob jobs in any way. Surgery is one thing, but really pursuing health, fitness, and beauty is quite another. It's true that everyone should have a say in what they do with their own bodies, but when surgical enhancement becomes the standard in the industry, some people might not really feel like they have a choice. The industry should at the very least openly address the issue of idiots using the Internet to make ladies who haven't had surgery feel inferior. It isn't "feedback" of any kind; rather, it is psychological torture.

“Small differences matter more than anything. Image is also a gateway to confidence, and confidence can probably have as great, if not greater an effect on an audience than the image itself. If a girl feels sexier, that’s going to come across to viewers, so her image can connect with the audience in both a direct and an indirect way.”

For some viewers of the babe channels, the image that shows on TV does represent a genuine woman. However, the models are typically made up to portray a fabricated masculine ideal of female elegance. Some of the girls spend a lot of money only on their hair, and they must work endless hours to maintain their skin so it appears flawless, silky, evenly tanned, or whatever. That's before you even take into account the cosmetics, which frequently dramatically alters their appearance. The first thing you notice when you see the girls without their typical show makeup is that they seem considerably different, but the second thing you notice is that they are naturally really beautiful with excellent skin and are incredibly attractive, albeit with less accentuated features. In a few images of Lacey Lorenzo, the blogger found a strong comparison between "screen" makeup and something much more subtle.

“In one episode she appears in her typical TV makeup on Babestation 1, then she’s captured doing a promo without the heavy eye-lining and lashes. As I say, the girls are naturally very attractive, and the natural look suits them, but it’s noticeably different from the image fans normally see…”

Another intriguing analysis of a top TV girl experimenting with a look that differs from her TV cliché is shown in February 2012. Lori Buckby was pictured on BS Xtra and even though she is wearing makeup, it is much more restrained and conventional than the deeply lined and shadowed eyes that were more for Lori around that time. Although Lori's more traditional makeup looked good on her, she didn't wear it again for the shows, and there were some signs that night that she wasn't pleased with how the commercials were received.

“She clearly looked good, so if there was any shortfall on the stats, I wonder if the problem was more one of recognition than disenchantment? A very different style of makeup does have quite a marked impact on any girl’s features, so after one or two drinks, more than a few viewers may not even have realised it was Lori they were looking at.”

The amount of money the girls spend on their appearance is significant. They can maintain a high profile and make a respectable life thanks to their beauty, but the key word here is "earn." If they want to remain at the forefront of the industry, they must continue to put in a lot of effort, provide the best phonesex service possible, and put up with all kinds of crap. Even then, success is not guaranteed. Being a fantasy has benefits, but there are costs as well, and I believe the costs are considerably larger than most fans anticipate. Check out videos and pics of the babes from S66 to sexstation by joining the VIP members area.